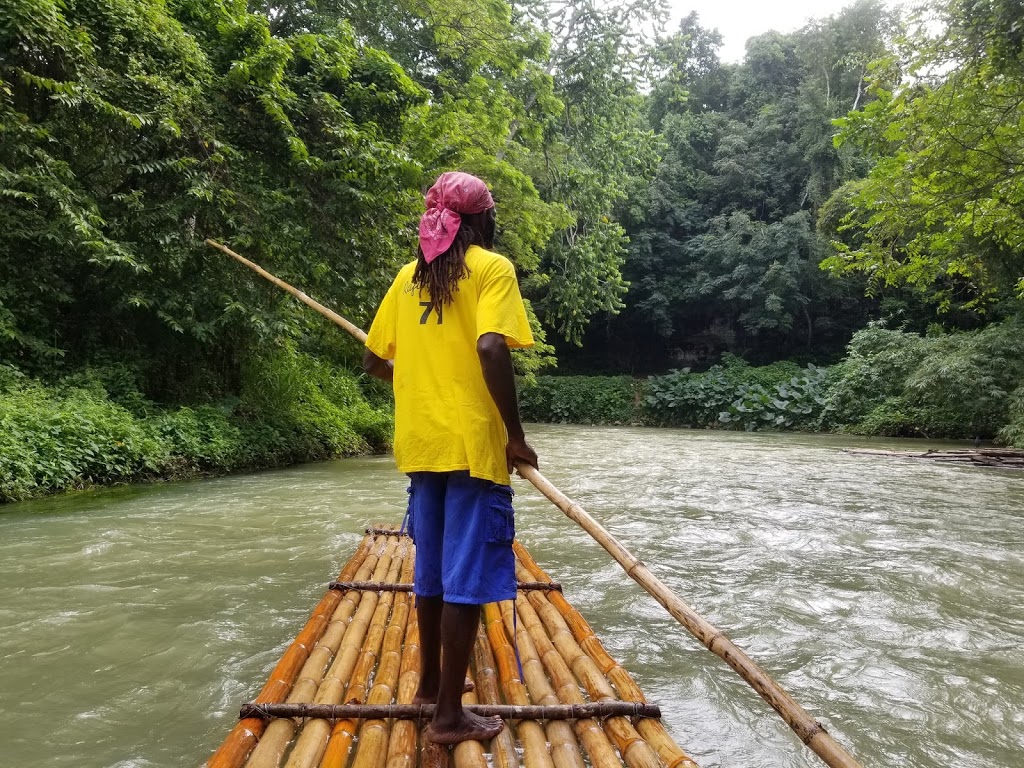 The Norwegian Escape arrived in Falmouth, Jamaica on this morning and I was up and ready for what the day had, in store, for me!

I started my day with what is was now beginning to be my ritual–showering and onto the balcony for the au natural drying session as I write my blog.

On this day, however, I had to put some pep in my step because I ordered room serviced and I needed to be ready for when my breakfast arrived.  Breakfast on the balcony overlooking the ocean is the best (only if you are on the Starboard side of the ship).

My breakfast arrived.  I enjoyed it and the view before exiting the ship.  I had to be at my excursion meet-up spot at 9am. I arrived on-time and got on the bus full of couples and families for a rating tour down the Martha Brae’s River.  To ride this it is normally two people.  Since I was traveling alone, I was notified that I would be riding with a stranger.  However, turns out the extra person was a child.  They allowed the child to ride with his family and I was lucky enough to ride alone. 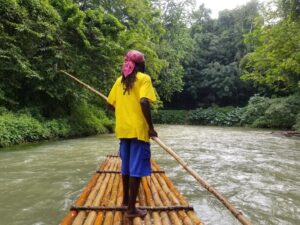 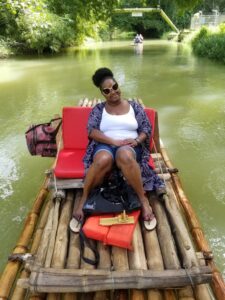 The ride down the Martha Brae’s River was amazing!  All I was missing was a glass of wine!  It was

so quiet and peaceful down the river with amazing greenery and sounds of nature.  My raft captain was nice and also curious as to why I was riding alone.  He wanted to know if my family was on another tour.  “No, it’s just me.”  I replied.  We continued down the river once he accepted that answer.  He was wonderful.  He even took pictures of me so that I can have as a memory.  Sometimes, there are benefits to doing things along – special treatment.

After the tour, our group got back on the bus and headed back to the ship.  I was happy to head back because I was hungry and ready to eat.  Once I arrived back on the ship, I headed straight to the buffet for lunch.

I had been out all day so there was no time for my afternoon nap.  After eating, I headed back to my room to shower and get ready for the solo cruisers mixer.

At the solo cruisers mixer, I enjoyed my time there talking to everyone about their day and activities and making plans for the night.  I didn’t make any plans because I didn’t want to be on a schedule and commit to anything.  I wanted to go with the flow and do what I felt like doing, in that moment.

As everyone raced off to get ready for another activity, I remained in the lounge with a few solo cruisers that felt like I did–no schedule.  So we sat and chatted until I departed to attend a trivia activity that was being held on the ship.  I didn’t make it to the trivia game because I got distracted by the casino being open.  See…this was the reason that I did not want to commit to anyone because I like to go with the flow.

Once I saw that the casino was open, I jumped on the Roulette table, put down $40 and when I reached $203, I cashed out and went to dinner.  I thought it was best that I walked away from the table before I lost everything.  I am not a huge gambler.  I enjoy playing but when I start winning, I tend to walk away before my luck goes in the opposite direction.

I entered the Manhattan Room, for dinner, where there was dinner, live music and dancing.  It was such a great atmosphere–food and entertainment.  I loved being in the Manhattan Room.  It was a lot going on around me, unlike the other low-key restaurants that I had eaten in the previous days.  I ate way too much, as usual.  With a full stomach, that ended my night and day three of solo cruising journey.

Another great day and what I learned on this day was that it was okay to say no and make a commitment, for yourself, to others.  No commitments freed me from watching the clock and making sure that I arrived at a specific place at a specific time unless I wanted to do that.  If my plans changed because something else caught my eye, that’s okay too. 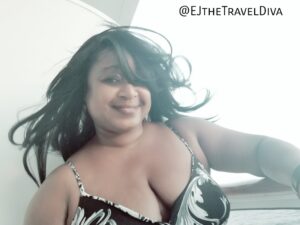 7 Must Do Activities in Dubai